Through love, wonder, and connection, we transform ourselves and the world.
Facebook 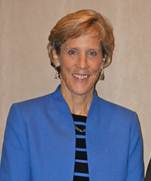 Rev. Dr. Cathie Stivers has lived in Virginia most of her life. She grew up in the Shenandoah Valley and still calls it her home. She has a Ph.D. in Health Education, and taught health education classes at the undergraduate and graduate levels for 14 years. Following a few years of employment with the Virginia Department of Health she left to pursue seminary fulltime.

She received her Master of Divinity degree at Union Theological Seminary in Richmond in May of 2004, and was granted final fellowship by the MFC in Spring of 2012. Cathie was ordained as a community minister in April 2008 by UUCC Glen Allen. Most recently, she served as chaplain at Children’s Hospital of Richmond at VCU.

Humans are innately good, but that we have equal potential for ‘evil.’ In other words, humans have both a light side and a dark side, and both sides need our full attention.

The greatest gift we have is one other. We are relational beings by nature, and we have great capacities to love and care for one another. We need each other, not to become complete, but to illuminate and elicit our wholeness as human beings to each other.

Some force or power that is greater than me. I call it “God” out of convenience. “God” may be the collective conscience of humanity; it may be the originating source of all existence; it may be the engrained intelligence of the universe as it unfolds in its own ‘chaotic’ way. I do not believe in God as a puppeteer, and when I pray, I am not addressing a single being.

The universe is a friendly place, in spite of all the suffering that exists in the world. Diversity is not only the natural order of things, but it’s the blessing of a lifetime. I see the divine, the everyday miracle, literally all around me. If I didn’t, I couldn’t live here on planet earth.

Fear, either of not having enough or not being enough underlies virtually every dishonorable act we commit.

Good and bad things happen to all of us, and our destinies are shaped by them. Healing can occur even when there is no cure, and there is always something to be gained out of loss. However, suffering is hell, and some people endure more suffering than their share. Thus, we are cosmically obliged to come to the aid of those who suffer, if only to accompany them.

In order to feel most alive, one must serve others. In what initially may be an act of duty, one will discover how gratifying it is to act on another’s behalf, and furthermore to truly know and feel in ones bones that we are all indeed sisters and brothers.

Transformation happens on the razor’s edge, and grace abounds there.

Forgiveness is the single-most liberating and loving act of faith that there is.

Rev. Dr. Susan Fox hails from L.A. — lower Alabama, that is. She arrived in Richmond in 1985 to begin seminary following an eight year career as a high school math teacher. Upon graduation from Union Theological Seminary in 1989, she was called to serve the seminary in the area of supervised ministry and placement. Susan completed the Doctor of Ministry degree at Union in 1995 and continues her ministry at the school — now known as Union Presbyterian Seminary. Officially, she is Professor of Supervised Ministry and she directs the office of Supervised Ministry and Vocational Planning on the seminary’s Richmond and Charlotte campuses.

Susan became a Unitarian Universalist in 1996, drawn by our movement’s emphasis on diversity, social justice, and by its recognition that our search for truth and meaning requires open minds and open hearts. She was ordained as a community minister by UUCC Glen Allen in January,
2010.