Using love, wonder, and connection, we transform ourselves and the world.
Facebook

Unitarian Universalism is a young faith tradition with roots that extend back into Christian and Judaic sources.  We often honor holidays from many faith traditions, and we have developed our own rituals that reflect our values. 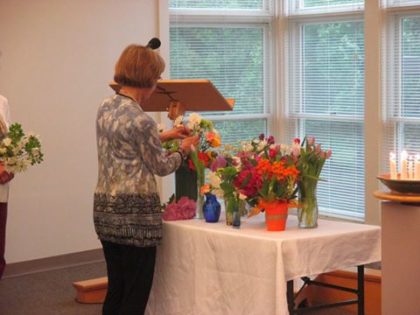 The Flower Ceremony, sometimes referred to as Flower Communion or Flower Festival, is an annual ritual that celebrates beauty, human uniqueness, diversity, and community.

Originally created in 1923 by Unitarian minister Norbert Capek of Prague, Czechoslovakia, the Flower Ceremony was introduced to the United States by Rev. Maya Capek, Norbert’s widow. 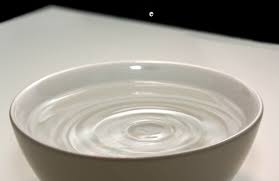 The Water Communion, also sometimes called Water Ceremony, was first used at a Unitarian Universalist (UU) worship service in the 1980s. Many UU congregations now hold a Water Communion once a year, often at the beginning of the new church year (September).

Members bring to the service a small amount of water from a place that is special to them. During the appointed time in the service, people one by one pour their water together into a large bowl. The combined water is symbolic of our shared faith coming from many different sources. It is often then blessed by the congregation, and sometimes is later boiled and used as the congregation’s “holy water” in child dedication ceremonies and similar events.